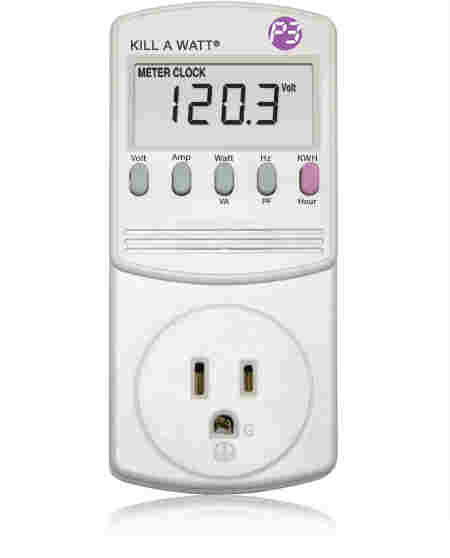 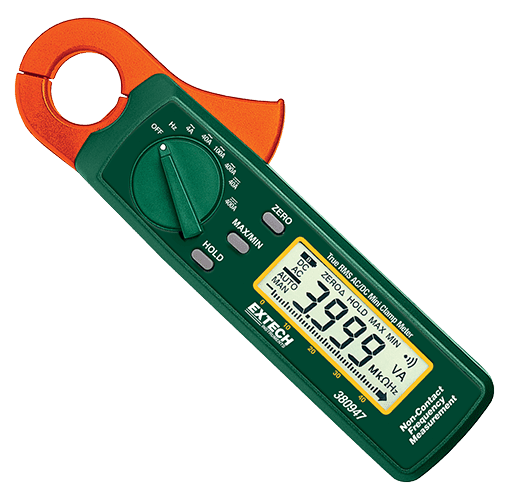 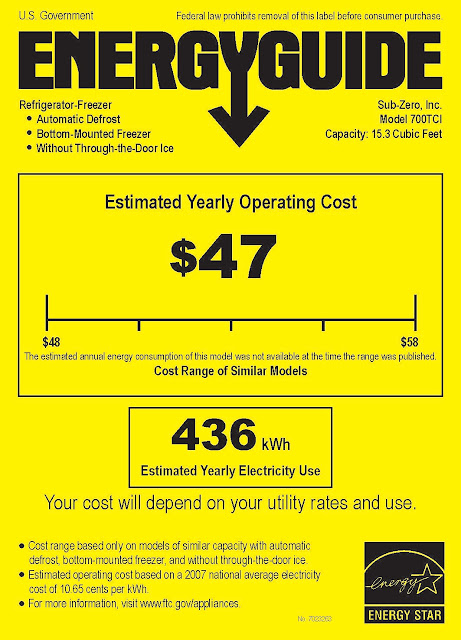 When charging batteries, the charge voltage really matters.  Being off by one or two tenths of a volt can result in batteries that never get fully charged, lose capacity, and serve a shorter life.  Most charge controllers have a remote battery sense to address this.  The sense wires carry essentially no current, so experience no voltage drop along their length and can accurately sense the voltage.  You can connect them directly to your batteries, or to your battery bus bar, and get a really accurate reading that isn't impacted by the load or charging current in or out of the batteries and through the main battery cables.

Balmar makes a good voltage regulator for engine alternators, and there are 12V and 24V versions.  The 12V version (MC-612) has a remote voltage sense, but for some reason the 24V version (MC-624) does not.  Instead, it senses the battery voltage through its main power and ground wires.  This creates some interesting challenges in getting a good battery voltage reading. 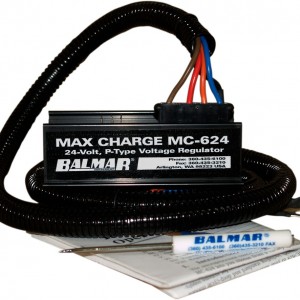 The diagram below shows a typical regulator installation.  In this example, the batteries are in the laz about 15' away from the main engine and alternator, and the regulator is mounted in close proximity to the alternator.  While underway with electronics running, ventilation fans running, and other power loads, the alternator current can be 100A or more, even as the batteries approach full charge and are not accepting much charge current.  The regulator senses voltage at the alternator, but even with 4/0 cable as shown, there will be a 0.2V or larger drop to the batteries, which is too much for accurate charging.  It really should be a tenth of a volt or less. 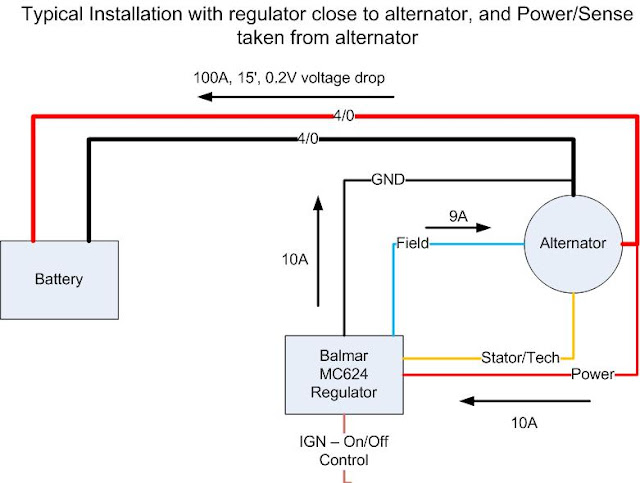 One way to solve this problem is to wire the MC-624's power and ground wires directly to the battery or battery bus bar.  This brings the battery voltage directly to the regulator.  On the surface this would seem like a good solution, but you actually end up with the same problem, just in a different way. 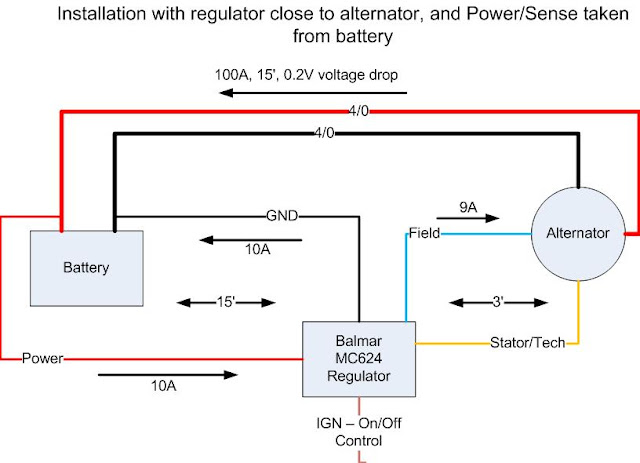 The power wires need to cover the 15' distance to the batteries, and when you run the calculations to figure out what wire size is required to carry 10A with no ore than 0.1V loss, it's #4 wire which is pretty darn big wire.

But there's another way to solve the problem.  Rather than bring the battery voltage to the regulator, you can instead bring the regulator to the batteries.  Instead of mounting the regulator next to the alternator, mount it right near the batteries or battery bus bar.  That makes the power wires to the regulator very short, yielding excellent voltage sensing with the 12 ga wires supplied with the regulator.  Then make the longer 15' run back to the alternator with the Ignition, Field, and Stator/Tach wires.  Of the three wires, only the Field wire carries much current (9A in our example), and it is relatively insensitive to voltage drop.  Even with a half volt drop in the Field wire, there is no noticeable reduction in alternator output.  I have been using 14 ga, 3 conductor cable and it works great with no loss of alternator output. 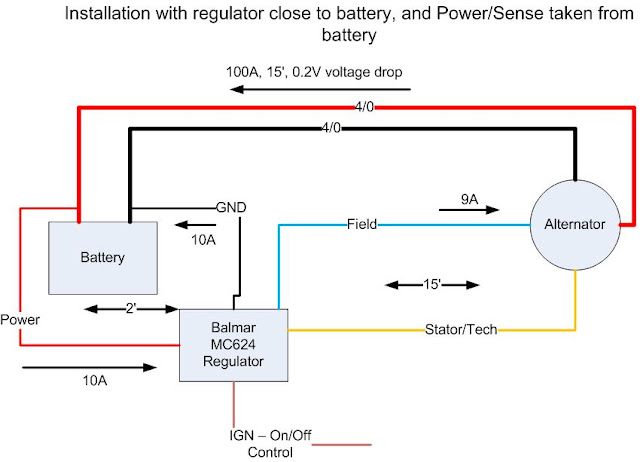