Early on in our build I talked about a few of the things we are doing a bit differently, and one of them is to extend the running gear.  When the 64 became the 68, the position of the prop and rudder weren't moved.  The 68 has enjoyed great success so this clearly isn't a problem, but early in our process I got to talking with Jeff Leishman (Nordhavn boat designed) about this and he suggested we could extend the gear by adding a strut.  They have done exactly this when going from the 86 to the 96, and the results were quite good.  By pushing the rudder aft it gets it further out of the "shadow" (turbulence) of the keel and into smoother flowing water.  The result is less cavitation, less turbulence, greater efficiency, and less vibration.  After a bit of hemming and hawing, we decided to go ahead with it.  Moving the prop further aft also results in moving the rudder further aft, and that should improve tracking and reduce susceptibility to broaching.  All sounds good, but of course only time will tell the full story.

Only a week or two after our visit in December 2019, the strut and shaft were installed.  The strut is Y shaped, anchoring to the hull in two locations, and the shoe below.  Normally the prop is right where the shaft exits the keel, but in this arrangement it's between 3-4 feet further aft.


Inside the laz where the steering gear is located, you can see the rudder post and supporting trestle is back nearly against the transom.   The structure forward of that (closer to where the picture is taken from) is the structure that the steering cylinders anchor to.  This arrangement makes it a bit easier to fully utilize the space in the laz, so another benefit to the change. 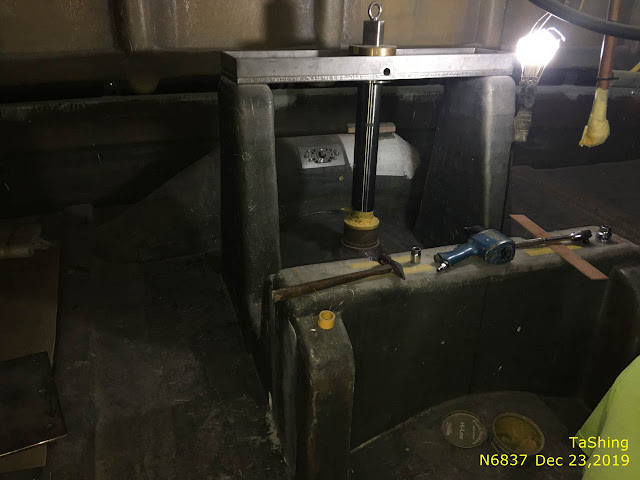 I'm still kicking, and the boat build is still progressing

Wow, it's been 18 months since my last post.  How time flies.  And if you ever wondered whether volunteers are a good substitute for employees, now you know.  If blogging were my job, I would have fired myself long ago....

Here's what's been going on.

For the first 18 months of the build (June 2018 through December 2019) progress was painfully slow.  There were some issues at the yard and progress against schedules was at best 50%, and probably closer to 30%.  But the issues were identified and fixed, and much to everyone's delight things have come alive, and progress is amazing now in 2020.

Here's where things were at the end of 2019, which was my last visit.

In the first picture below you can see that the main deck is on, as is the pilot house deck and Portuguese bridge. 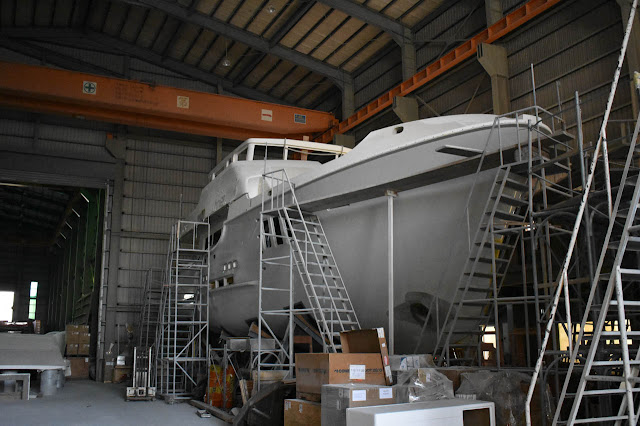 Here's the flybridge, still waiting to be installed. 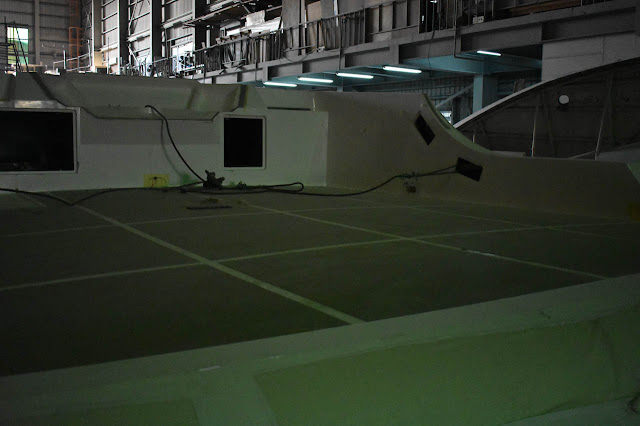 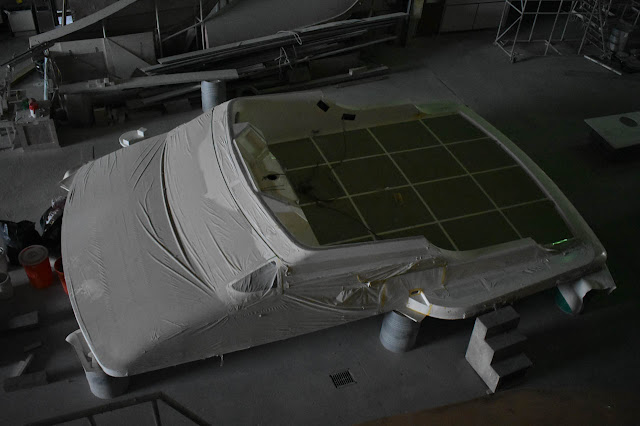 
On the lower level, the bunk room is coming along nicely.

The utility room is coming along nicely too.

And progress on the guest stateroom, but not nearly as far along as other areas.


Main engine bed is built and engine is temporarily set in place.

20kw generator bed is built, but generator not yet installed.

In the laz, the 12kw generator is in place, but otherwise it's just piles of wires and hoses.


And the Pilot house is yet to begin.

Here's the starboard walkway leaving to the Portuguese bridge, with the wing station in the corner.  This remote operating station provides an excellent view down the side of the boat for docking.


On our last day we did a road trip to the granite yard and someone found granite that she loves.  It's almost the complete opposite of what we originally had in mind, but this was love at first sight.


Since this last visit, progress has picked up enormously.  I was scheduled for another visit in April but that of course got cancelled.  It's killing me to no be able to visit, especially with so much being accomplished.  But we are all dealing with the situation as best we can, and I think doing pretty well, all things considered.

Launch for sea trials is scheduled for September, but my best guess is that it will end up in October, and perhaps later depending on when a transport ship is available.  Launch doesn't happen until there is a ship scheduled since the boat goes directly from sea trials to the ship, and can't be left sitting around waiting.  But either way, I think there is a good chance we will have a boat in Florida by the end of the year.  Sometime in December is my best guess.