The northern migration has begun

We are back underway and heading north.  Our trip will be broken up into segments intermixed with other commitments at home and elsewhere.  This first stint is for two weeks and will take us from Palm Beach Gardens, FL to Charleston, SC.  Although there are lots of places between those two stops, we only have one planned for anything other than a quick overnight.  That stop is Cumberland Island, GA.  It took 4 days to get there.

Cumberland has quite a history ranging from a no-man's-land hideaway that wasn't part of either Georgia or Florida, to plantations, to a playground for the Carnegie family.  It's now mostly a National Seashore with a few retained private parcels owned mostly by various Carnegie descendants. 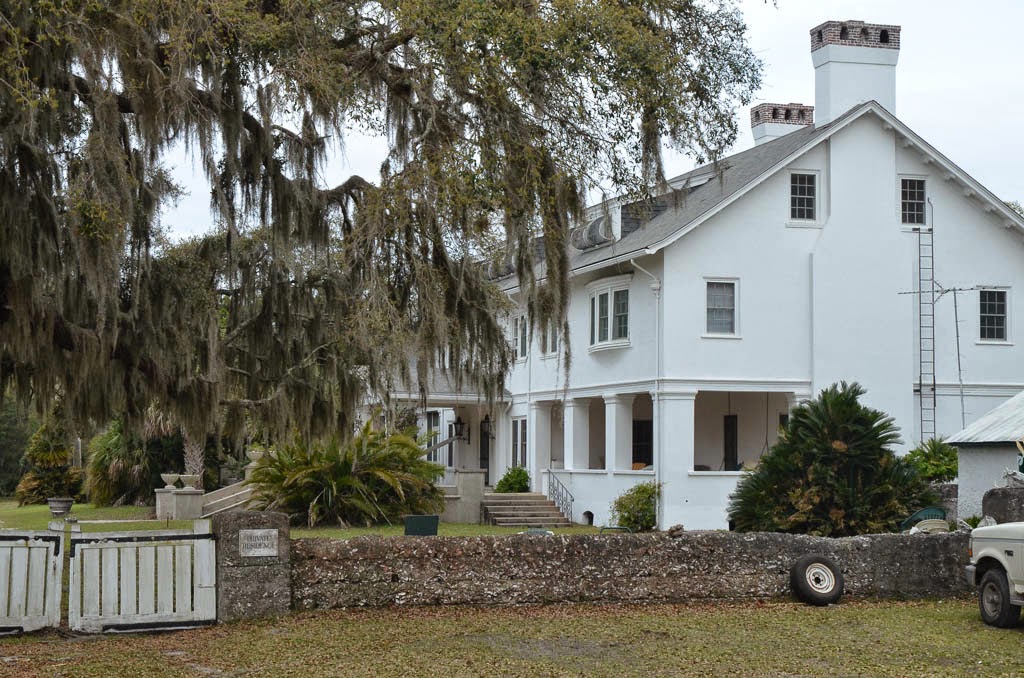 And here's another one.  Which would you prefer? 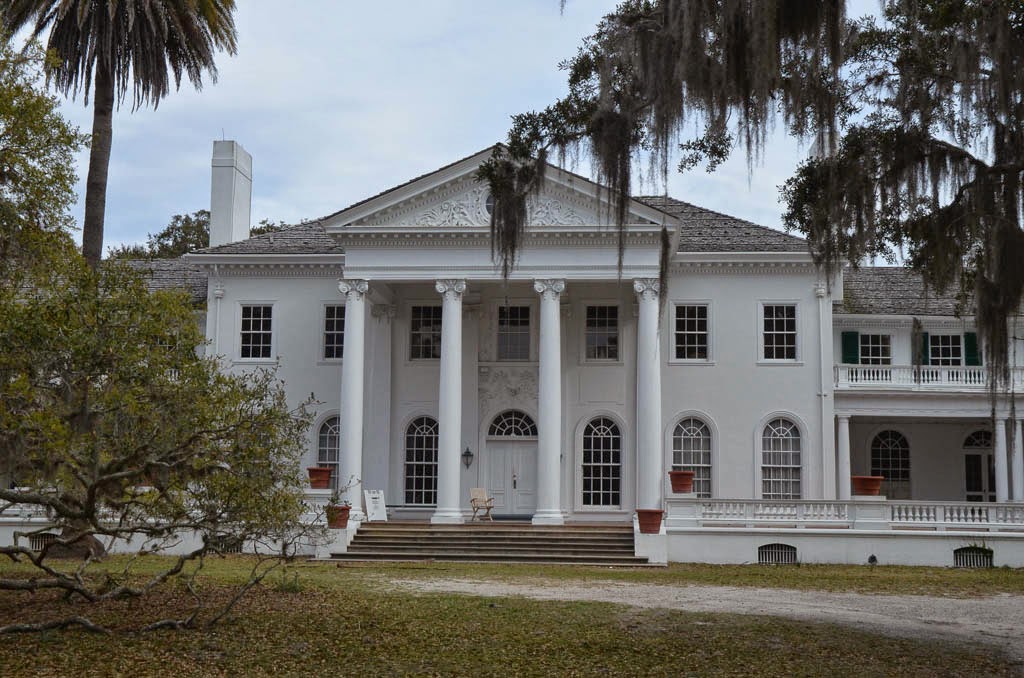 I do wonder how different the fabulously wealthy of the robber-barron era really were from today's fabulously wealthy?   They were all fabulous, of course, with huge houses, large staffs of people to attend to their every need, yachts and private rail cars, now replaced by yachts and private planes.  I don't think it's much different.  I'll bet that in 100 years there will be tours of Bill Gates's house, then a National Park or non-profit preservation foundation.   Other than the public areas, the place will be falling down because nobody can afford to maintain it, mostly because all the computers need to be rebooted twice a day, and windows XP isn't supported anymore.  In fact, all those computers will be just as fascinating an attraction as a kerosene lamp is today.

Moving to the other end of the spectrum, at the north end of the island are the remnants of a settlement by freed slaves.  Below is the First African Baptist Church which is a simple, yet effective, one room church.  JFK Jr was married here back in '96 just three years before he and his wife were killed in a pane crash. 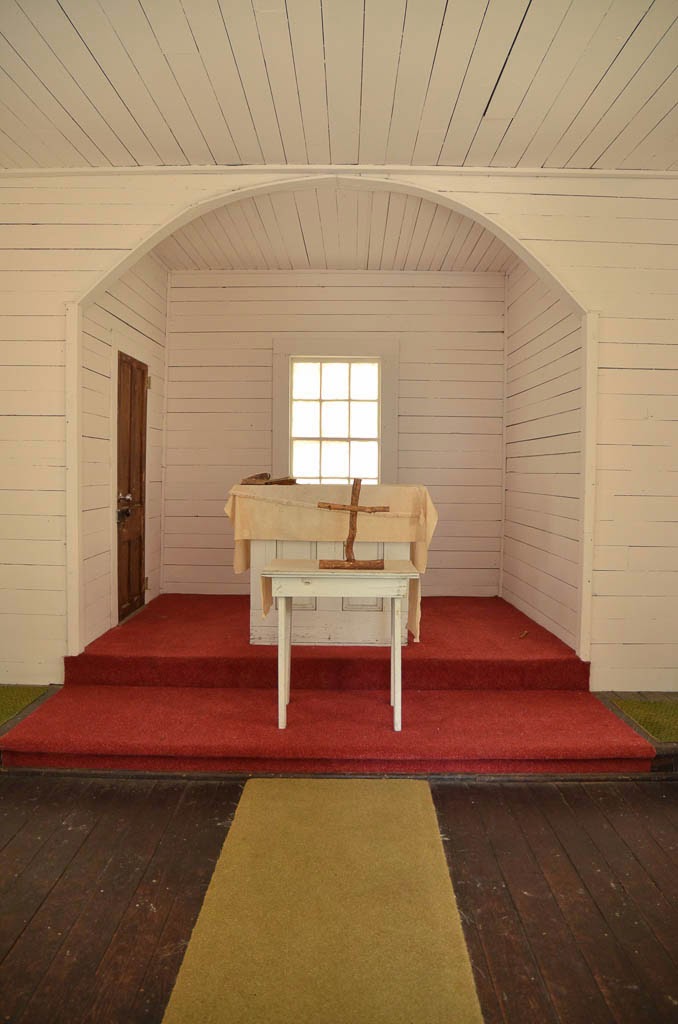 One falling down building shows touches of care and decoration as seen in these decorative tiles set around the fire place hearth. 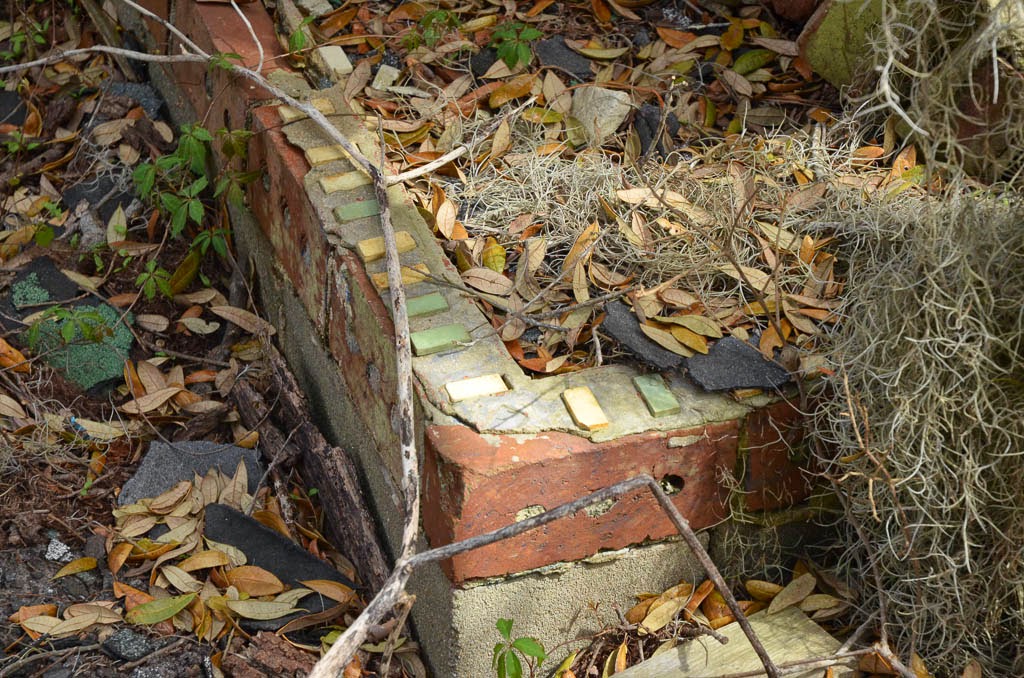 Today's largest population on Cumberland Island are teh wild horse that roam about all over the place.  No lawn mowers required - the horses take care of it all. 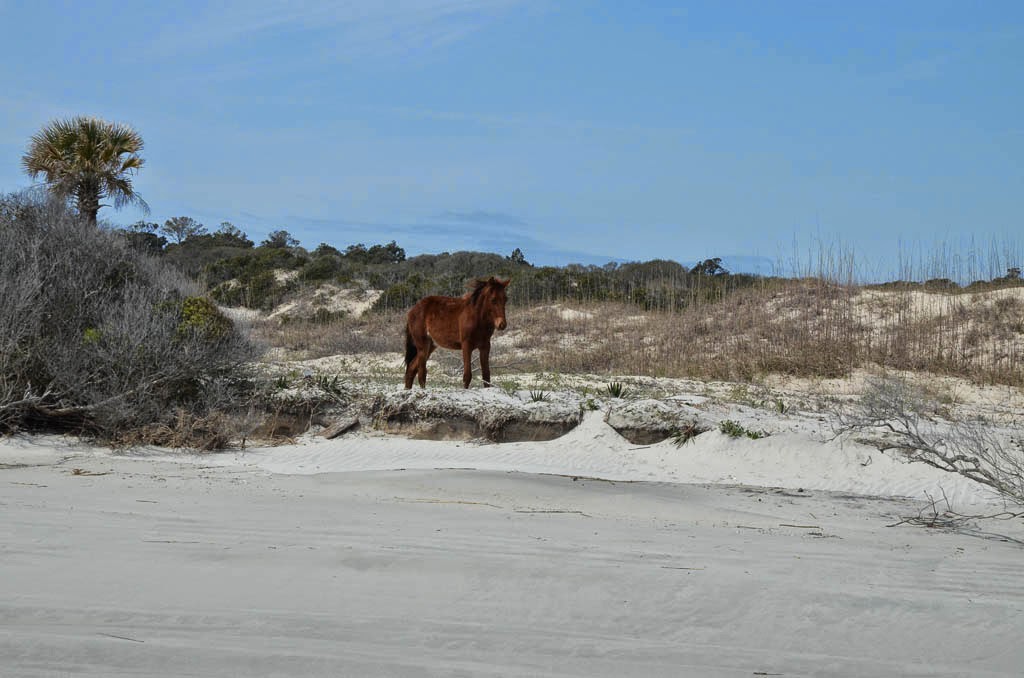 From Cumberland we went straight to Charleston in three day hops.  We are now comfortably tied up and looking forward to a few days touring about and eating great food.

Email ThisBlogThis!Share to TwitterShare to FacebookShare to Pinterest
Labels: ICW