From Meyers Chuck we went directly to Wrangell where we tied up at their relatively new South Basin.  The docks are great, but unfortunately it's a mile or so outside of town, so rather inconvenient if you want to explore.  We decided to go by dinghy rather than walk so we could explore the main harbor as well as town.

When you are cruising a particular area, it's very common to find yourself constantly bumping into the same boats over and over again.  The picture below is Atlas, a very brightly colored 85' Northern Marine.  This is the sister ship to the Northern Marine that was recently launched with inadequate ballast and rolled over and sank.  Atlas is proof that Northern Marines, once properly ballasted, are seaworthy boats.  We saw Atlas many times during out trip.


After 2 nights in Wrangell we checked, then double checked the tides and currents for Wrangell Narrows, then pushed off to make the trip to Petersburg.   Like a number of the narrows in this part of the world, it floods from both ends and ebbs out both ends, with a split somewhere near the middle.    In an ideal scenario you enter on the flood so you have the current carrying you along, time your arrival at the split point just at slack high tide, then ride the ebb out the other end.  And sometimes you need to adjust this plan so you pass some other spot at slack water in order to avoid otherwise nasty current and turbulence.  And if you can't pass at high slack, then you need to pass at low slack.  In that case, you will be fighting the end of the ebb going in, and fighting the start of the flood going out, but it you time it well, it's not too much lost speed.

With all this in mind, off we went to transit Wrangell Narrows.   The day was overcast, but not raining, and the clouds added some interest to the sky.


Below is the "WN" buoy marking the entrance to Wrangell Narrows.  As we got closer, you could see the current against the buoy, and the sea slugs piled up on top for a nap.   And if you look real close, you can see one that has climbed up into the superstructure of the buoy.  They are pretty agile creatures, for sure.

Out passage worked out just as planned which is how I like it.  I do lots of fretting before such a leg, but I'd much rather fret in advance than have a mess while underway.

On arrival in Petersburg we were assigned a slip in their North marina.  The current really flows through there, but we were able to get in without any drama.

Petersburg is quite the place, and reminds me of Gloucester 40 years a go.  There is a non-stop parade of fishing boats coming and going, unloading catch, repairing and re-provisioning, then heading back out again.  It's great to see the industry surviving in this part of the country, where in the North East it is almost entirely shut down.

After spending a few days in Petersburg, we headed out to Thomas Bay in search of our first glacier, the Baird Glacier.  And sure enough, not long after we got out into Frederick Sound, we spotted our first bergy bit.

Once inside Thomas Bay we headed over to catch a glimpse of Baird Glacier.  Baird is no longer a tidewater glacier which means there is dry land between the water and the face of the glacier.  As a result, you can't get very close to it by boat.


Across Thomas Bay the most amazing mist formations kept waving along.


Later in the day Laurie went out for a kayak run and checked out this out-flowing stream.  It seemed like the perfect place to spot bears, but alas, none were seen.


The next day we crossed over Frederick Sound to Pybus Bay where we had arranged to rendezvous with our friends the Goldbergs aboard Duet.  On the way, we spotted some humpback whales and were treated to a great show. 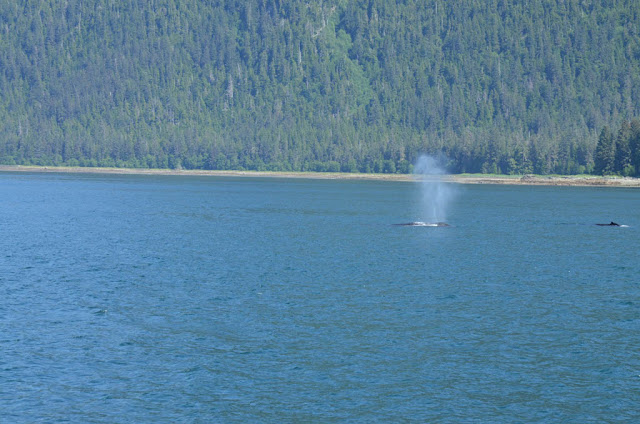 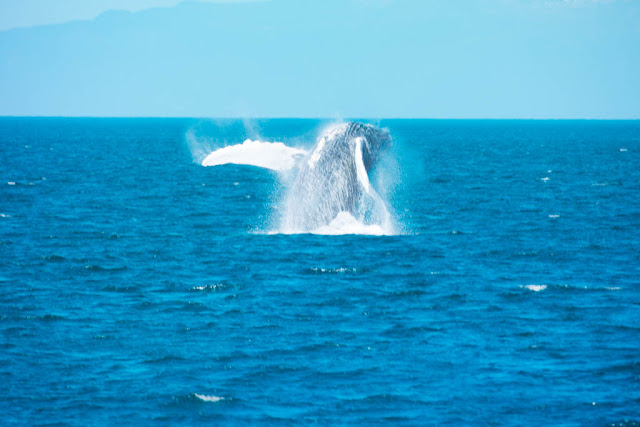 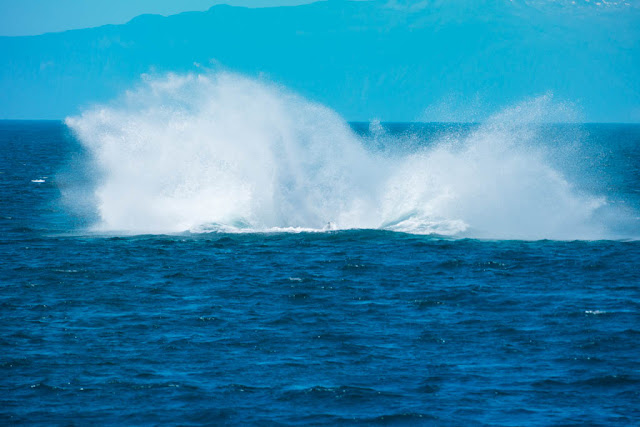 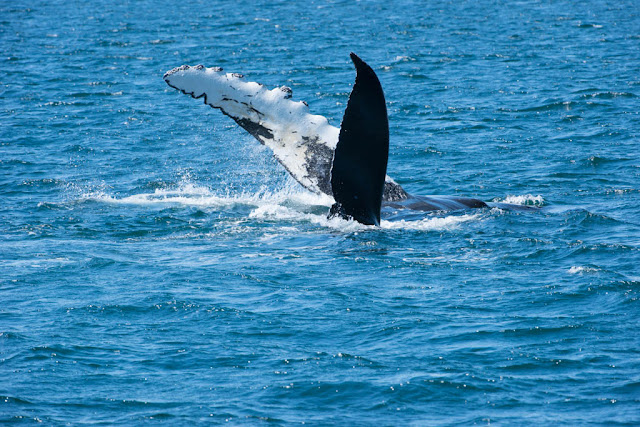 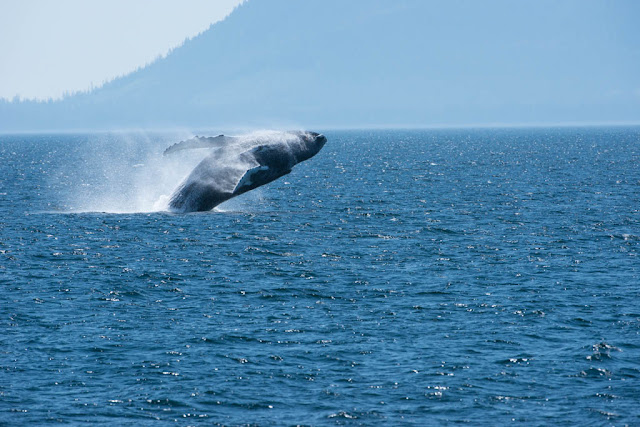 We had a very pleasant couple of days at Pybus, but all good things must come to an end, so boats weighed anchor and went on our ways, the Goldbergs heading south, and us heading north to Tracy Arm.
Posted by Peter Hayden at 9:46 PM