As discussed in more depth in this article, we wanted to be able to do laundry while underway without running our generator.  Laundry can take hours, and it's not really enough load by itself for the generator.  To run it off the main engine alternator required two things; 1) 240V inverter power, and 2) more alternator capacity to handle the steady increased load.  The alternator update was covered in this article, and this current article covers the inverter service upgrade.

I went around and around in circles on how to add 240V inverter service.  As a retrofit, I had to work within the context and constraints of the existing boat, creating the following considerations:
Like I said this sent me around in circles for a while considering different alternative.  Here are some of them:
I ended up going with approach #3, using a 6kw auto-transformer from Outback Power, the same people who make my inverters.

Here is a before of the 240V breaker panel.  You can see all the 240V devices as part of a single service. 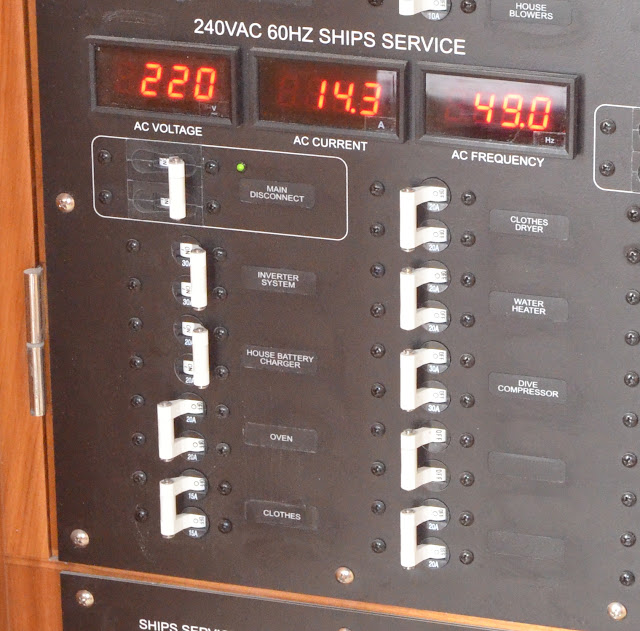 And below you can see the after picture.  The only things on the 240V Ships service are the water heater, battery charger, dive compressor, and input power to the inverter.  To the right is the 240V Inverter service with main disconnect at the top, and the load breakers below.  The washer, dryer, and oven can now be run while underway, or while on 50hz shore power. 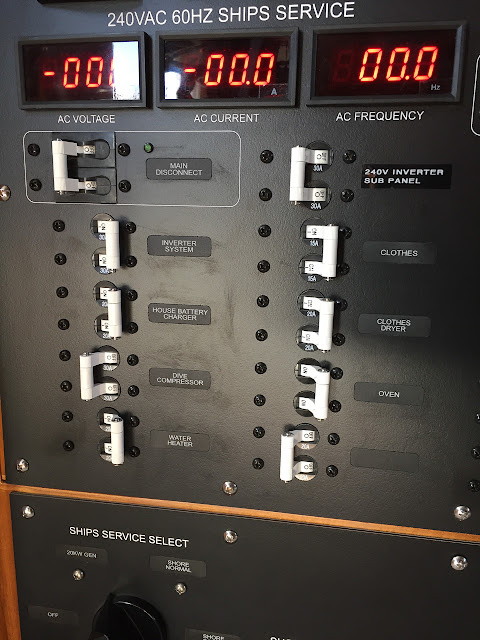 And here's a wiring diagram. 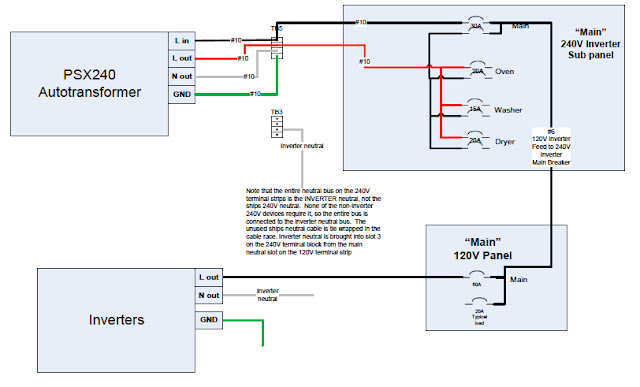 So far we are really happy with the results.  It's great to be able to do laundry while underway without the generator, and the loads are comfortably within the capacity of the main alternators.