Departing Pelican the next morning, we arrived at Bartlett Cove in the early afternoon and went ashore for the mandatory visitor orientation at the ranger station.

Visiting Glacier Bay during the main season requires a permit, and there is a limit to the number of boats allowed in the park at any one time.  Two big cruise ships are allowed, a couple of the smaller expedition cruise boats, and maybe 20 (I don’t recall the exact number) private boats.  That may seem like a lot of boats, but the bay is over 60 miles to it’s head, and has at least two major forks with dozens of other smaller forks.  Seeing only one or two other boats over the course of a day is typical.  There also are closures of certain areas at different times of year to prevent disturbing breeding sea mammals.

Getting a permit is first come first serve, and can be a challenge.  But, before June 1st, no permits are required and the park is open.  We decided to jump on this and spend about 10 days exploring.

Our timing at Bartlett cove couldn’t have been better.  Over the past years a new tribal center had been build, and the next day was a dedication ceremony and installation of two totems that had been carved for the center.  The tribe mostly reside in Hoonah now, and two boats came over with people in all sorts of ceremonial dress.  It was quite the event.

The next day we were off into the bay with an obligatory swing past Marble Island to see (and smell) the sea lions and the puffins, then off to South Sandy Cove to anchor.  But the protection wasn’t good, so we moved around to North Sandy Cove and found a much better spot for a blow of a night.

In our past visits much of the Muir Inlet has been closed, but not this time, so up we went.  We then ventured off into the Wachusett inlet and found a place to anchor up near the head.  Going up these glacial inlets is like watching time move backwards.  At the entrance, where the glacial face as been gone for decades, the shoreline is lush with vegetation and trees, all aged commensurate with the glacier’s departure.  Then as you go in further mile by mile, the trees get smaller and slowly disappear completely leaving only brush.  These areas have been free of the glacier for less time, and treed have just started to grow.  And as you approach the terminal moraine, it’s like a barren moonscape with little to no vegetation at all – just sand, gravel, and rocks.  At the head of the Wachusett Inlet is the Carroll Glacier, which has receded back miles from the water.

Carroll Glacier off in the distance 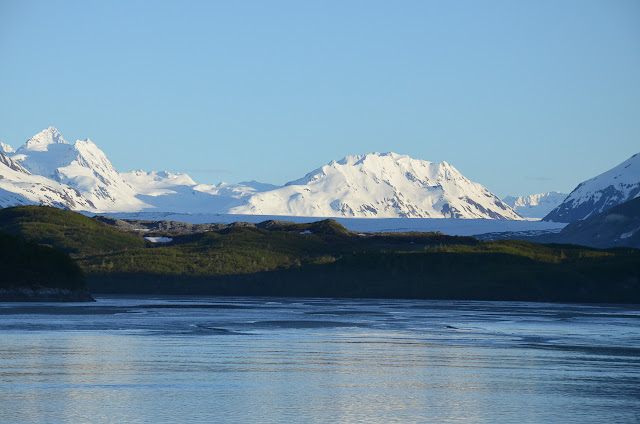 View up the Muir Inlet 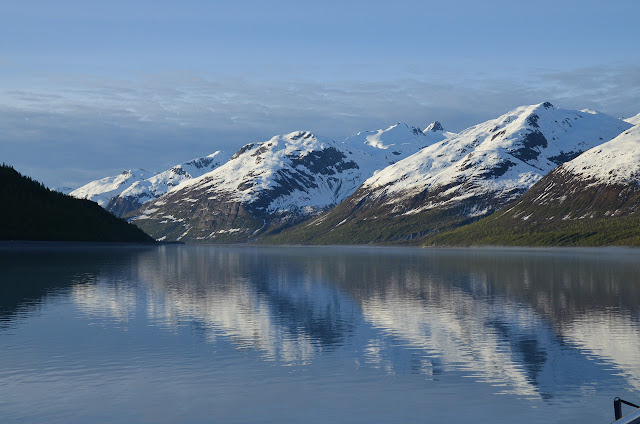 Ice outflow from the McBride Glacier (not in view) 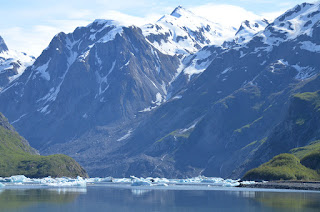 After Muir Inlet we headed back to North Sandy Cove for the night, then up to the Tarr Inlet the next day to anchor at Reid Inlet and the Reid Glacier.    Lots of wildlife was spotted along the way. 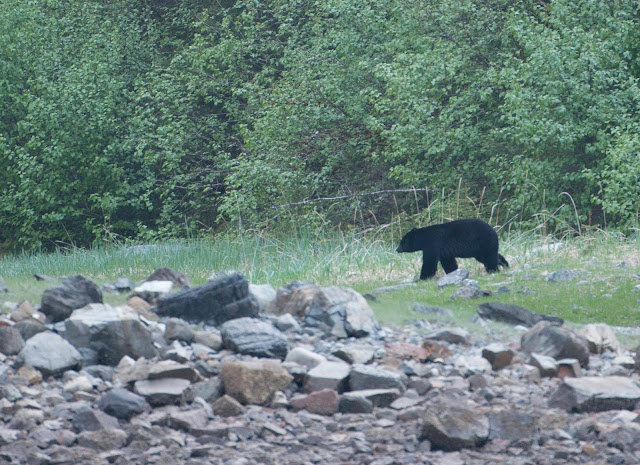 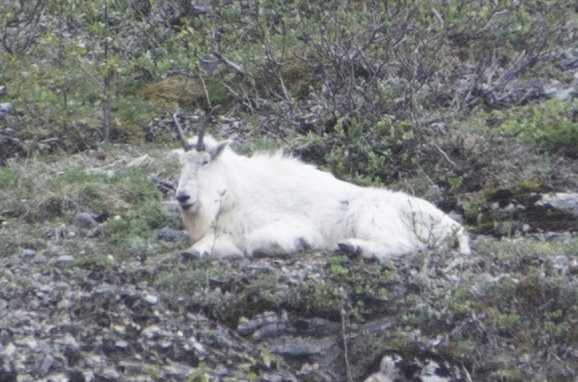 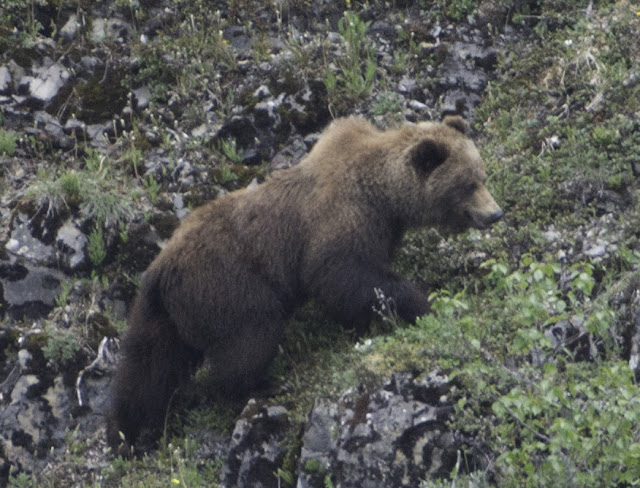 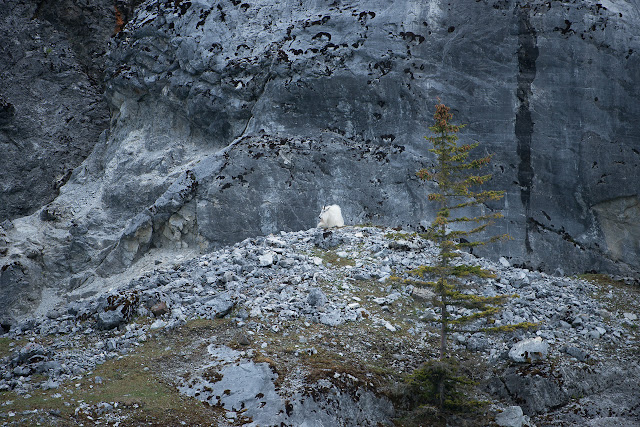 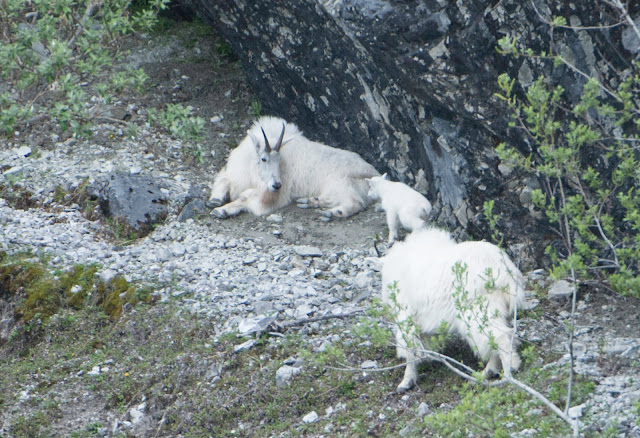 While anchored in Reid Inlet, I witnessed an eagle taking a duck.   It's first pass injured the duck so it couldn't fly.  Then on subsequent passes it tried to grab the duck, but it kept diving to keep free of the eagle.  Despite the ducks efforts, with it's injuries it was only a matter of time before the eagle won the battle.  Below is the eagle finally carrying away the duck. 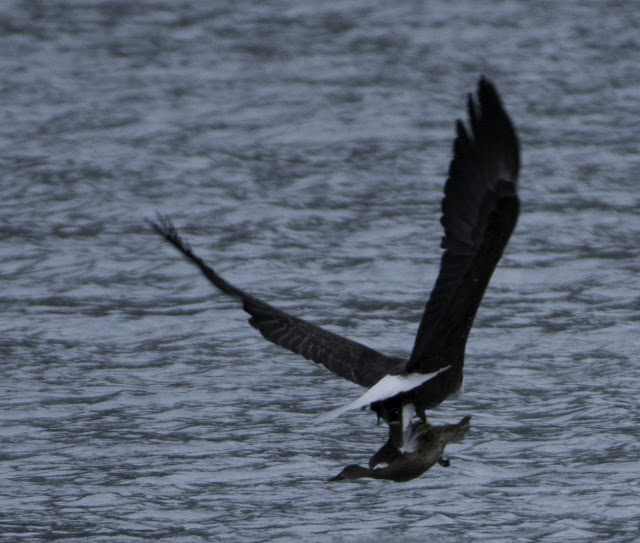 Then up to Margerie Galcier to hang out until the first cruise ship got close, then down to Lamplugh Glacier where we found a small sea mount that you can drop an anchor on for a nice lunch break.  Most of the surrounding area is way too deep to anchor.  Then off the Blue Mouse Cove for the night.

After Blue Mouse we headed back to Bartlett Cove, with another obligatory swing by Marble Island to see the sea lions strutting their stuff. 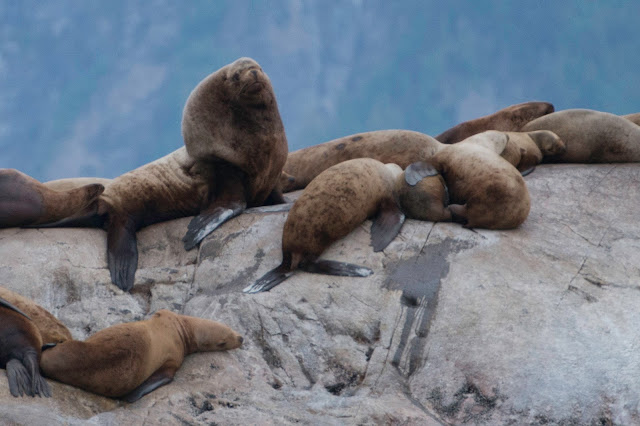 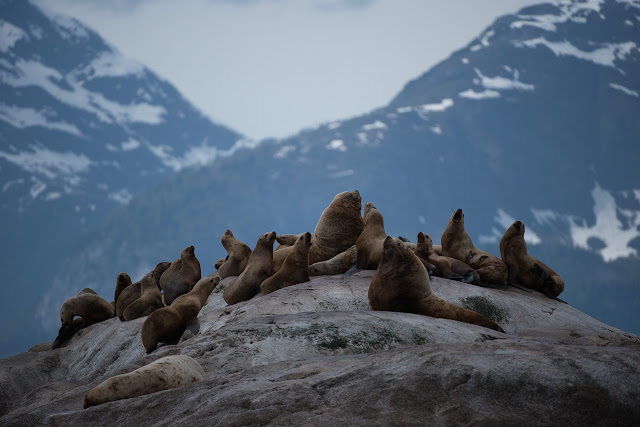 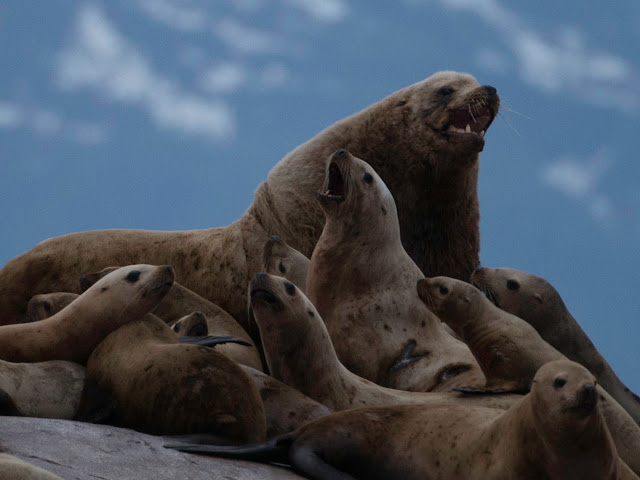