May 31, 2017 Crossing the Gulf to Prince William Sound

After returning to Bartlett Cove, we realized that we had a good weather window over the next several days, and the we should get going across the Gulf of Alaska to Prince William Sound.  So we grabbed a cab into Gustavus for some provisioning, and departed the next morning.

The trip is about 350 miles to the Hinchinbrook Entrance, which is about a day and a half.  So an AM departure means arriving early evening the next day.  Along the way, there is really only one bailout point about half way in Yakutat, but our weather forecast looked good so it was a backup plan only.

On the way up during the first day, we passed Mt Fairweather which is over 15,000’ high, with the Grand Plateau Glacier dripping down to the sea in front of it.  The picture below is my attempt at adding scale to the whole scene.  The mountain peak is 15,000’.  The glacier begins at about 10,000’.  The primary flow starts around 6,000’ (note, this glacier is still over a mile above sea level), and the face at the sea extends up about 2000’. 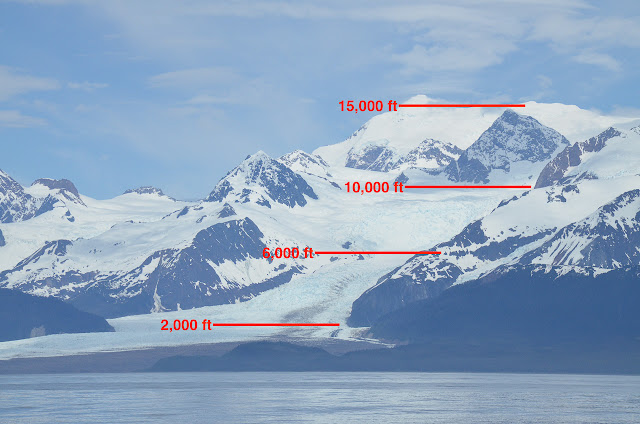 Here we are at 23:15.  The sun is below the horizon, but it never fully gets dark, which makes overnight running really very pleasant. 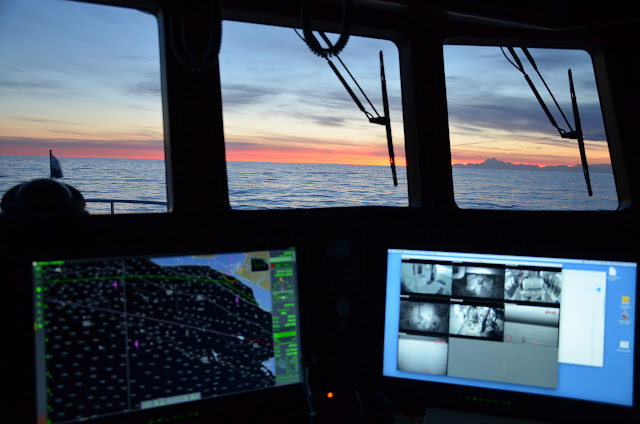 We had fantastic conditions for the run and as we approached the Hinchinbrook Entrance, we decided to just keep on going outside the sound and continue on straight to Seward.   That meant one more overnight, and by 13:30 on June 2nd we were tied up in Seward harbor.