After nearly 2 months on the boat, we decided that a side trip would be a nice change of pace, so we rented a car and headed up to Denali National Park for a few days.  But this posed an interesting challenge.

The dock we were on didn’t have power for guests, so we were running our generator once a day, and otherwise operating like at anchor.  That’s no big deal, and something we do from time to time, but it assumes you are on board, able to monitor the batteries, and run the generator as needed.  Our trip would take us away for 4 days, and that’s too long for the batteries to last with the fridge and freezer running.

This left one option which was to leave the generator running the whole time we were away.  That’s normally something I wouldn’t do simply because if there is a failure of some sort, you want to be in a position to respond.  Another consideration is that you generally don’t want to run a generator for extended periods of time with a very light load, and that’s exactly what we would be doing.  After much head scratching, we decided to just go for it, fired up the generator, turned on the reverse cycle heat instead of the diesel heat to increase the load on the generator, and call it a day.  After all, commercial boats run generators 24x7, and we have a commercial generator.  If you walk the docks, more than a few boats have generators purring away all the time.

The drive up to Denali is interesting.  Heading to Anchorage, you parallel the Turnagain Arm which is a branch off the cook inlet that leads to Anchorage, and forms the upper boundary of the Kenai Peninsula.  The upper 25 miles or so of the Turnagain Inlet is a giant tidal flat that floods and runs dry with every tide change.  I don’t’ think I’ve ever seen a tide flood so far horizontally.

Denali is unlike other National Parks that we have been to because all of the access roads are quite a distance away from Denali itself, and there are very few places where you can even see the mountain.  The only road in is closed to general traffic and you need to ride a bus.  Along the way there are two vistas of the mountain, including at the end of the access road, but even then you are still over 20 miles away, and it’s a full day on the bus to get in and back.

Since we had a car, we decided to drive in as far as allowed on the access road, but to increase our chances of spotting wildlife, we decided to go really early.  Of course it’s pretty much always light, so we got up at 3:00 and headed out.  It paid off, and we enjoyed this encounter with a cow moose and twin calves. 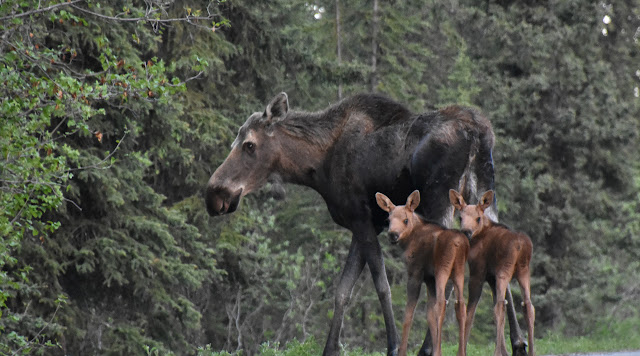 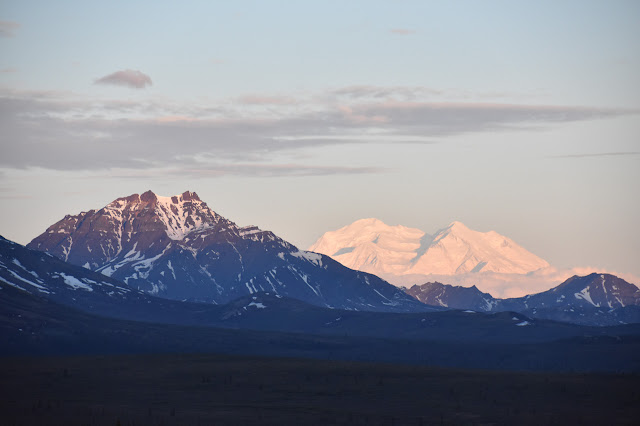 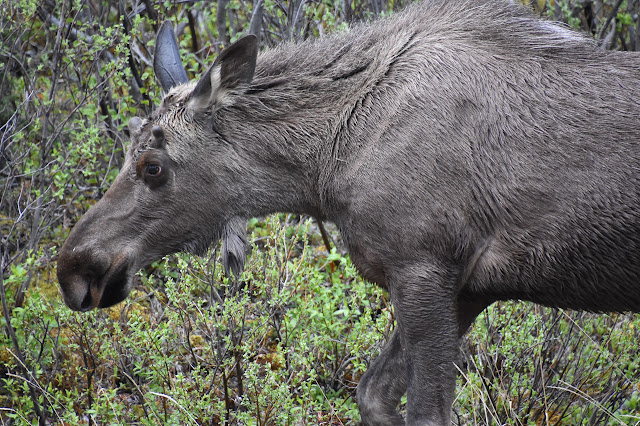 The next day we decided to splurge and take a plane tour up into the mountains, including a landing on one of the glaciers in view of Denali.  The weather was crystal clear, and the views simply stunning.  I’ll let the pictures tell the rest of the story. 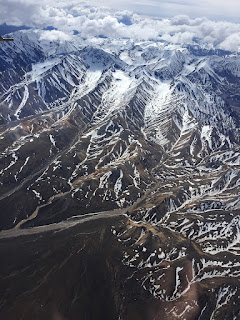 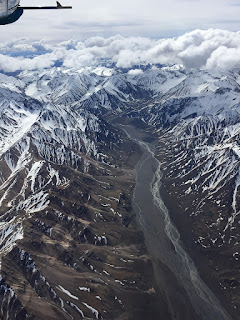 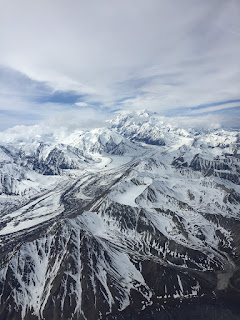 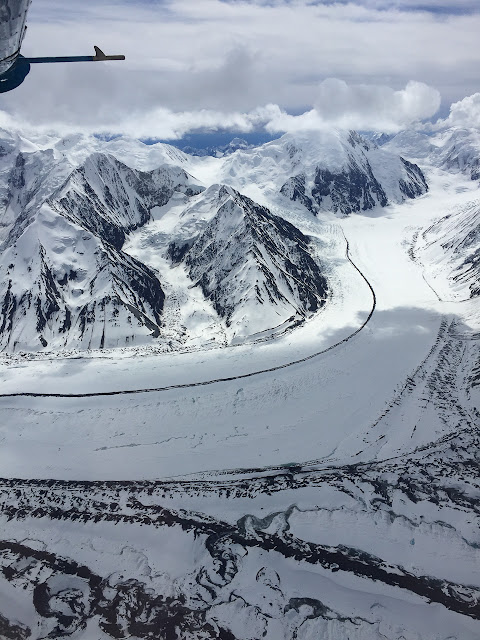 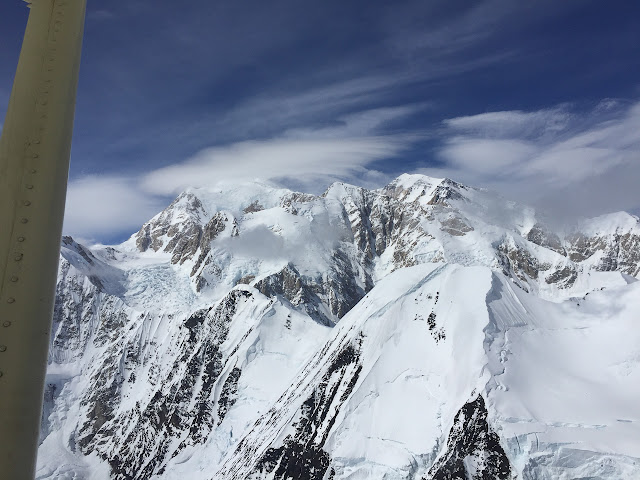 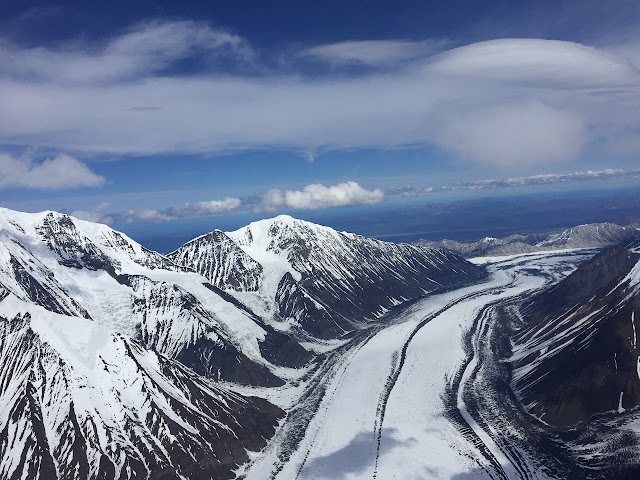 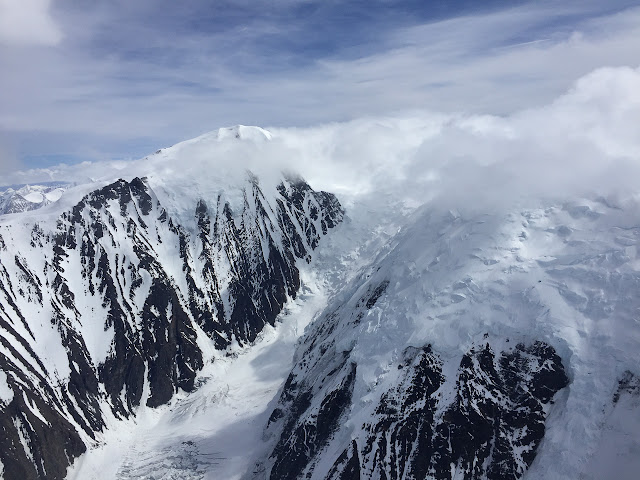 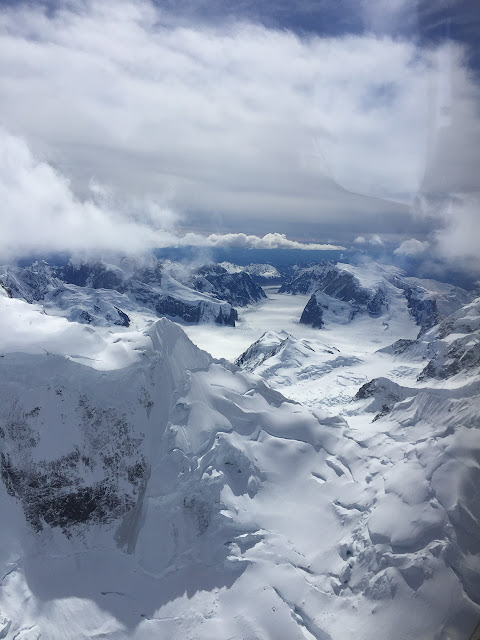 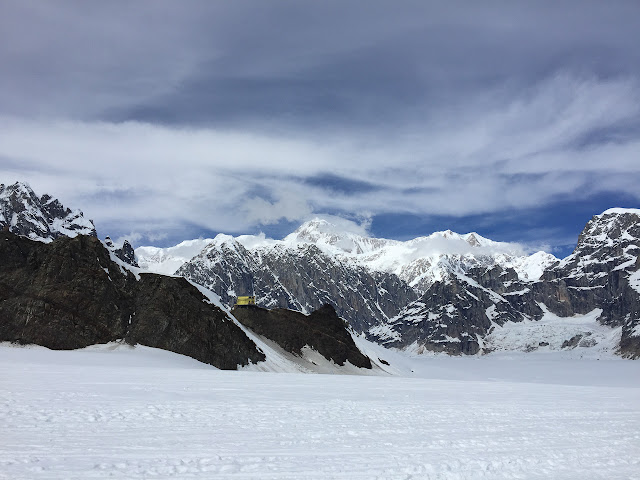 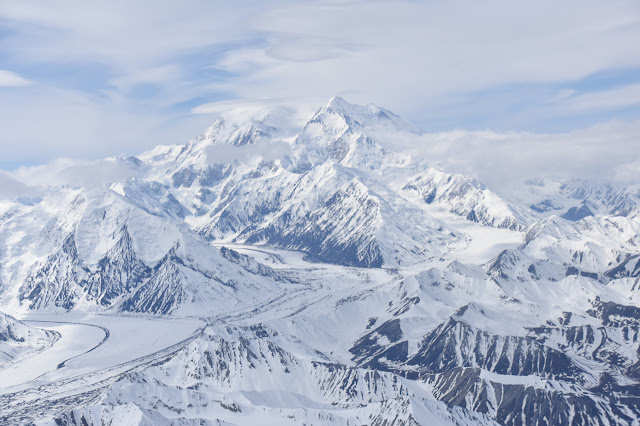 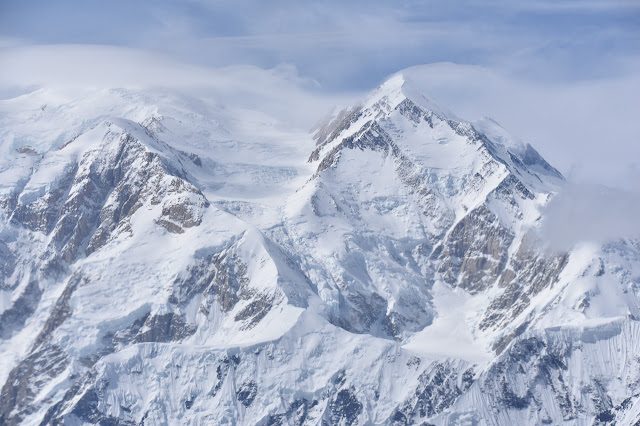 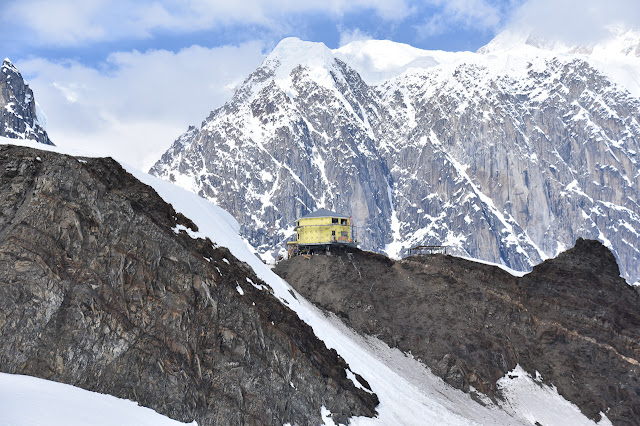 After a great visit ashore, we returned to the boat to a generator happily purring away, and no problems on board.
Posted by Peter Hayden at 8:57 PM